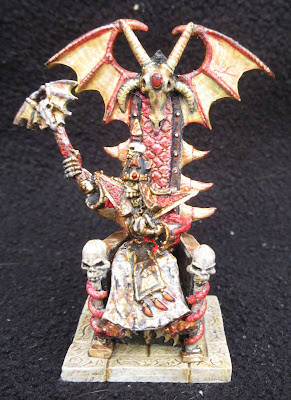 So this month I spent most all my time doing my best on my army general, Dirge the Lich.  She is the Warhammer Quest Catacombs of Terror lich on a throne, and I gave her a palanquin supported by skeletons for good measure.  Although she usually appears to others as a beautiful lady in white, here she is at her most terrifying. 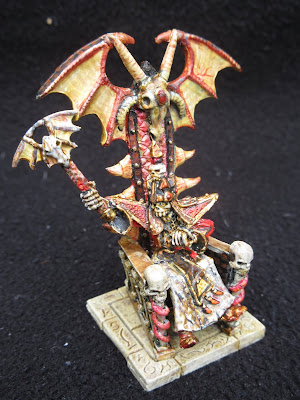 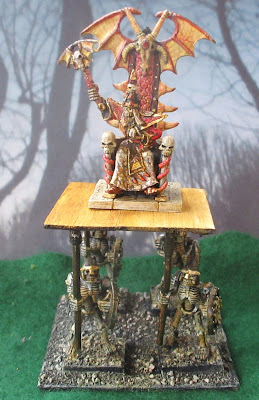 I painted the throne too, the lich is only tacked in, because WQ and D&D double duty. 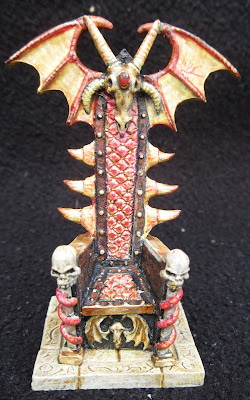 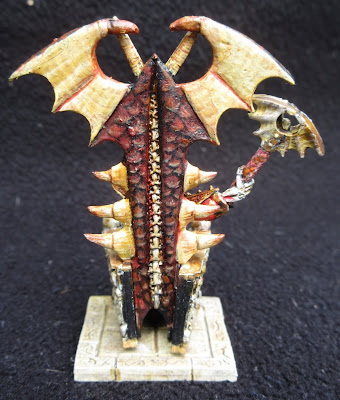 I spent the past weekend at a convention running the miniatures track which involved running several miniatures events, including a guided paint of skeletons.  Having done so many, it has become second nature.  But I came home with a skeleton, and so now Dirge has a banner bearer.  But since it is not a character, it doesn't count for points. 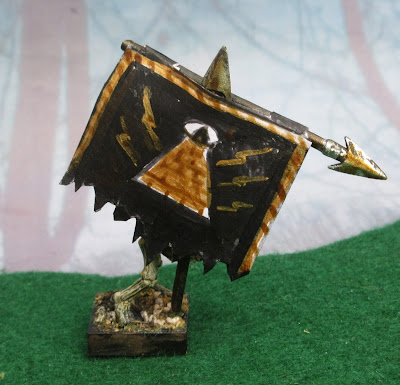 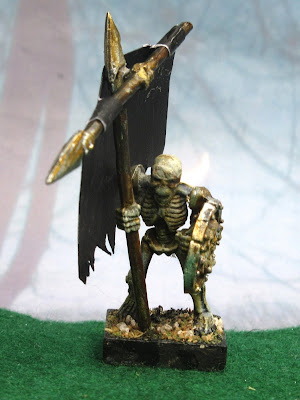 
Dirge, ancient and immortal archmage,  and high priest of the church of Vecna seven times over.  She has risen from her sea bed temple citadel to destroy temple Number 6, in Merchant's Reach, which she built 300 years ago.  Never one to hide from combat, she marches in the forefront of her army to view the carnage and aid with her mighty magics.  She is borne by a palanquin of select skeleton champions, one from each unit, giving her a clear view of the battle.

She is accompanied by her banner bearer with her personal sigil, the symbol of Vecna surrounded by 5 lightning bolts, one for each of temples she built and then destroyed. 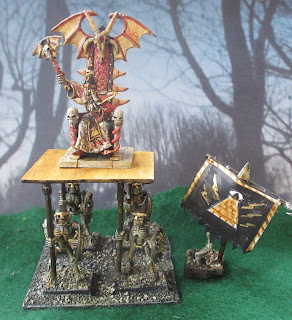 Next month will be the second squad of skeletons which are already done so there will be a host of extras!
at February 27, 2020

The Fantastic Art of Lissanne Lake

The Field of Bones (the Fallen)

The blogs of the Challengers